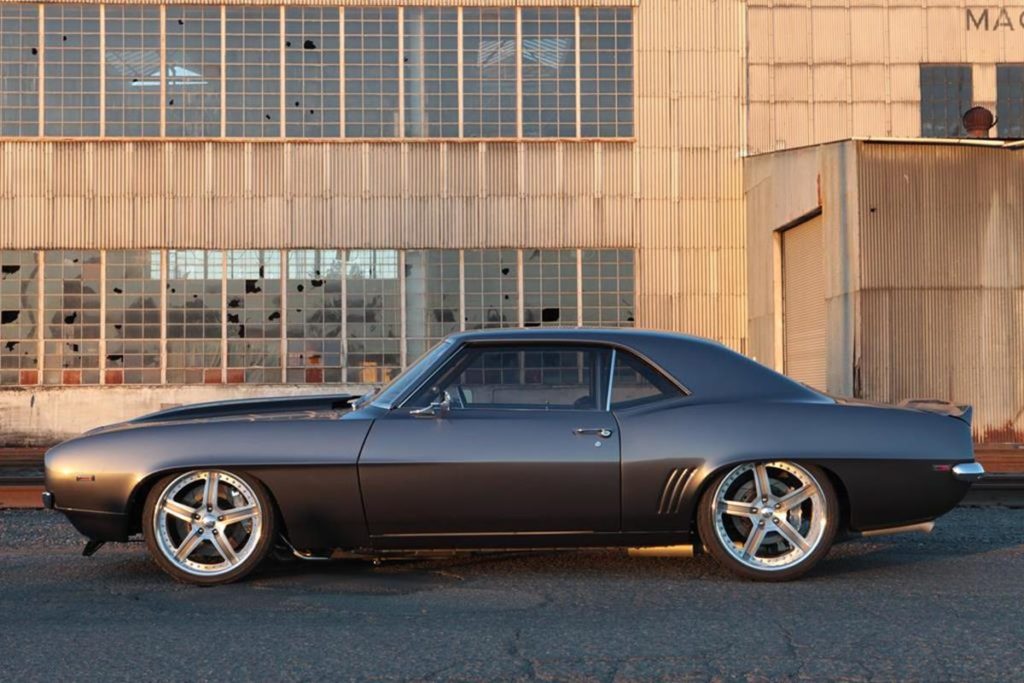 If you were a lawn mower in Jason Friedman’s neighborhood as a young boy, you would have lived in fear of being torn to pieces by a young man curious of all things mechanical.  This is probably a common story for many of us who started out our car hobbies by tearing down and modifying everything from bicycles, to go carts, to lawnmowers.  As Jason matured, so did his toys…eventually landing him an 87 IROC Z28 camaro that he still owns today.

Flash forward a few decades and we find Jason seeking out a 69 camaro.  As fate would have it he found a pro-street 69 in Eugene, Oregon that he immediately fell in love with after a quick flight from his home town of St. Charles, Illinois.

Since the camaro was in Eugene, and so was MetalWorks Classic Auto Restoration…it only seemed logical that they might be the right shop for the build.  After a tour of MetalWorks top notch facility, Jason knew he had found the right group of people to bring his vision to life.  The project took over 3 years of long distance collaboration between Jason and the team at MetalWorks, but the final product was worth all the effort.  The camaro is exactly what Jason had envisioned: “a car he could admire for its clean lines, sleek stance, and polished chrome…but with the performance of a beast with a big block.”

Performance is delivered by a brutal Shafiroff Racing 540 cubic inch big block delivering 695 horsepower.  All that powered is delivered to the BOZE “autocross” wheels wrapped in Yokohama tires by means of TCI transmission linked to a Currie rear end.  Even with drag car level performance Jason is kept perfectly comfortable in the leather wrapped Marquez Designs cockpit with the AC blowing, and the air ride eating up all the bumps…the 69 is everything a pro-touring car should be.

Watch for this ground shaking ride patroling the streets of St. Charles, but if you are looking to race…I’d leave your pink slip at home.